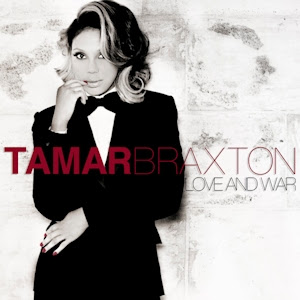 Tamar Braxton has just released the music video for her single Love and War which was released in the U.S. in December and has to date reached number 56 on the Billboard Hot 100 singles chart. It has also reached the top 10 in both the U.S. and U.K. R'n'B charts. It would be wonderful if an elegant R'n'B song like this was a hit worldwide. Tamar was one of five sisters who over the years were the group The Braxtons. Her voice on Love and War is as beautiful and strong as any of her sister Toni's songs.


Here is the video for Love and War which is the lead single from Tamar's album of the same name which is released in February.

and as a reminder of just how fabulous Tamar and her sisters were in The Braxton here is their powerhouse cover version of Diana Ross's The Boss.

and as great dance songs should be heard here also is the Masters at Work remix of The Boss.