100 Cover Versions #96: Cyndi Lauper covers 'When You Were Mine' by Prince 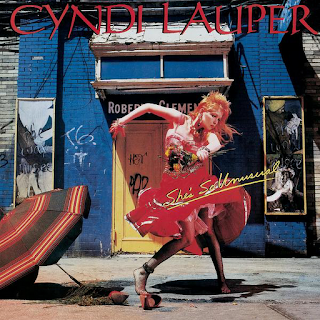 When You Were Mine was written and first performed by Prince and featured on his 1980 album Dirty Mind. It was never released on single but was released on 12" and was also the b-side to his Controversy single in 1981.


Cyndi Lauper recorded her version of When You Were Mine for her 1983 album She's So Unusual. It was the seventh single released from that album but only charted in Canada. The track He's so Unusual was only 45 seconds long so there were really only nine tracks on that album so seven singles from one debut album shows the quality of pop music in the 1980's.

My favourite single from She's so Unusual is She Bop which she did a fantastic performance when she played in Dublin a few years ago. When You Were Mine is one that I like just as much and without doubt one of most favourite cover versions of all time. I love how the notes on the song's Wikipedia page highlight that the song's original lyrics remain unchanged and the song is being sung to a woman. When you consider that it is only recently that songs are sung as they were originally written and the gender subject remains unchanged on shows like X Factor that is what put Cyndi ahead of many of her fellow pop stars as an icon in 1983.

Like Madonna or Prince I couldn't imagine pop music without Cyndi. She has done so much for various good causes over her entire career and continues to so. She recently published her autobiography which I am looking forward to reading.

Here is Cyndi and When You Were Mine.

and here she is performing When You Were Mine at the American music awards in 1985.

Posted by Unknown at 3:19 AM No comments: