When I first moved to Dublin back in the early 1990s one of the great things of living in a capital city was that there was a bigger variety of cinemas to go to and a wider selection of films. For the first time in my life because of the Irish Film Centre (now the Irish Film Institute) and also the Lighthouse Cinema when it was on Abbey Street I was introduced to arthouse, documentary, gay and lesbian and classic cinema. One of the first films I remember seeing and absolutely adoring was Sandra Bernhard's performance film Without You I'm Nothing. I had never seen anything like it before. Her mix of humour, music, popular culture and sexuality in that film is still one of the greatest cinema moments in the many, many films I have seen over the past 20 years living in Dublin.


Each performance of the songs in Without You I'm Nothing had it's own story. Sandra mixed both autobiographical and completely fictional monologues in between the lyrics of songs that I both knew from radio days and ones I had never heard before like the country song I'm So Lonesome I Could Cry. Sandra became the song and the singer. She was Sylvester singing Do You Wanna Funk, she was Billy Paul singing Me and Mrs Jones. She made you think about the songs and hear the lyrics in another way, another wonderfully funny way. I was only coming out then and that film made such an impact on me.


I have been lucky to have seen Sandra's show twice over the years. Once in Dublin in Vicar Street and the second a few years later in New York in Joe's Pub. Each time was brilliant. They were two different shows, new stories, new songs.


The funniest bit in Without You I'm Nothing I think is a monologue when she is talking about Madonna without actually mentioning her and then she adds a bit about Martika who was a big music star during the time of the film's release. If you have seen the film you will know the part I mean. If you haven't then I won't spoil it. Sandra's one liners are like bullets or knives in the most fabulous way.
The surreal thing about life is that I adored Martika and her music and still do and through the amazing medium that is Twitter she has tweeted me back a couple of times. I hope if Martika knows the film that she finds her mention in it funny.

The most famous song from Without you I'm Nothing is at the end when she performs Prince's Little Red Corvette. There are a few songs from the film on Youtube. Here is one that I love, well I love them all but this captures the whole atmosphere of the film very well. It's Sandra's version of Ain't No Mountain High Enough. It is all very Supremes as the version is more Diana Ross than Marvin Gaye and Tammi Terrell who had a hit first with it in 1967. Older than me! Diana had her first number one with the song in 1970.

I have Without You I'm Nothing on both video tape and DVD so if you haven't seen it and you see it in a movie store or on line do check it out. It works best as a complete performance. 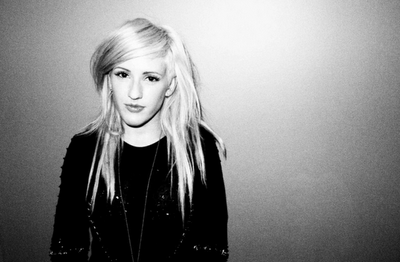 Ellie Goulding is currently at number 3 on the Billboard Hot 100 with her singles Lights which is one of the biggest American hits of 2012. She got as far as number two in the charts but a number one still isn't impossible judging by the way songs go up and down constantly on the Billboard chart. I still think Lights should be a proper chart hit in the UK and Ireland too.


Here is a remix of Lights which is by Aril Laresh which I like a lot. Ellie has one of those voices that is so suited to this style of remix.

Posted by Unknown at 9:33 AM No comments: