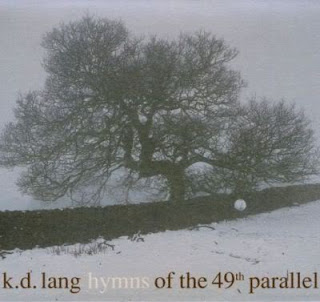 A couple of years ago I was at my friend Linda's house for dinner. Linda worked with me in one of my bookshop jobs. The thing about booksellers is that they love their music and their taste is often very good indeed. That evening Linda played a CD by K.D. Lang which was her most recent album Hymns of the 49th Parallel. I had never heard it before and I will never forget hearing those songs for the first time. All of the songs bar one of her own early songs were songs by fellow Canadian singers that K.D. Lang loves. Three of the artists featured have two songs covered. They are Hallelujah and Bird on a Wire by Leonard Cohen, Helpless and After the Goldrush by Neil Young and Love is Everything and The Valley by Jane Siberry. I could really choose any of the songs on that album to feature on this list, her versions of them all are so good.


The song I'm choosing to feature on this list of covers is The Valley by Jane Siberry. I remember that song standing out when I heard it for the first time.

The video below is a montage of photos by Merhlin. This is the album version.

and here is a live performance by K.D. of The Valley. 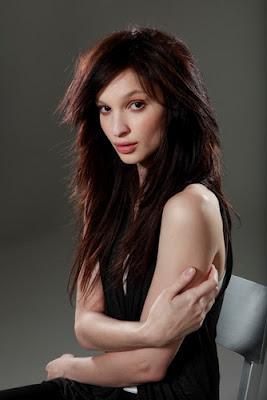 Here is a really beautiful version of As Tears Go By sung by Ruby Modine. As Tears Go By was originally written by Mick Jagger, Keith Richards and the Rolling Stones manager Andrew Loog Oldham. It was first recorded by Marianne Faithfull and was her debut single in 1964. It was then released by The Rolling Stones in 1965 and throughout all these decades has been a song associated with both stars. I think it is one of those perfect songs.


Marianne Faithfull was only 17 when she first recorded As Tears Go By so today in 2012 it is like it is being presented again to a new generation by Ruby Modine. The video is also perfect for her elegant style. I featured Marianne Faithfull singing her version of Yesterday on Twitter and Ruby forwarded her song on to me. Thank you, I am honoured to include it on my list of songs that I love.

Ruby's website that features her music and short films is here.

100 Cover Versions #86: Lisa Stansfield covers 'Down in the Depths' 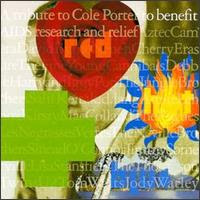 In 1990 the first Red, Hot + Blue album was released which raised money and awareness for HIV and AIDS related illnesses. It featured covers of songs that were written by Cole Porter. There were no singles released from it but it was really a superb album that fans of each of the artists involved would have added to their music collections. It included songs such as You Do Something To Me sung by Sinead O'Connor, Night and Day performed by U2 and Don't Fence Me In by David Byrne. I remember feeling a sense of pride that Irish artists such as Sinead, U2 and The Pogues were involved in such an important album.

The song I'm featuring from the Red, Hot + Blue album is Down In the Depths sung by Lisa Stansfield. It was originally recorded as Down in the Depths (On the Ninetieth Floor) and featured in the musical 1936 Red, Hot and Blue which is also the musical that gave the album it's name. It was first sung by Ethel Merman.

As part of the Red, Hot + Blue project there was a series of videos made for all bar two of the songs on the album. Each of the videos were directed by famous directors of both film and music video. The video for Down In The Depths was directed by Phillippe Gautier.