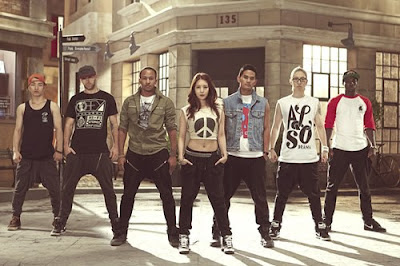 There's lots of good pop songs out at the moment but one that is great old fashioned gorgeous pop dance is Only One by South Korean K-Pop superstar BoA.

There are two videos for Only One. one is the drama version.

The second video is the dance version. The choreography which is by Nappytabs in this video is just fabulous.

Posted by Unknown at 3:33 PM No comments: 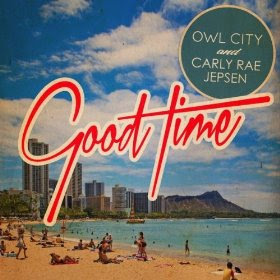 The music video for Good Time by Owl City and Carly Rae Jepsen has just been released. The song is released in the UK on the 12th of August but has already been a hit in various countries around the world. It's highest chart position to date is number one on the New Zealand charts. It has also got to number 6 in Australia, number 17 on the billboard Hot 100 and number 26 here in Ireland.


Owl City is still best known for his 2009 worldwide hit Fireflies. What is interesting is that Good Time is his ninth single since Fireflies. None of those previous 8 songs were hits. The highest position a previous song by him got to in the US was Vanilla Twilight which got to number 72.

Good Time is very much a song that suits both Owl City and Carly Rae's pop genre and is the perfect follow up to her worldwide hit single Call Me Maybe.

Posted by Unknown at 3:01 PM No comments: Last night I went to see Madonna in concert at the Aviva sports stadium in Dublin. It was my second time to see her in concert after seeing her in 2004 when she played Slane. That day the group of friends that I went with had hired a mini bus and we got there very early and got pit passes so we were right up the front. It was completely electric. The feeling of being in a pop video. When she sang Holiday I swear it was the greatest popular culture moment of my life.

Slane was a huge concert. I always knew that if I had been at the very back of the venue my experience might have been different. When you are the front of a great concert the feeling is intensified. You play a part of the experience of the entire concert. I went to the Aviva stadium concert with my sister and her boyfriend. Our seats were at the back looking directly at the stage. We were glad that we were out of the rain which fell for most of the evening. From where we were sitting we could see every seat around us and the people on the pitch area. The standing tickets were divided into three parts; general standing, those closer to the stage and the fans in the Gold Circle who were right in the middle of the extended stage.

Alesso played for 45 minutes and while he was very good I also thought two things. One was that Coldplay deciding to go dance music was a very wise career move and we really live in an age when DJ's play other DJ's songs when I heard Alesso play songs by Calvin Harris and David Guetta.

Our seats in the Aviva Stadium allowed us to see the entire stage. The multimedia screen at the back of the stage was perfect quality but the two side screens were much smaller. This meant that Madonna was a tiny speck on the stage as were her dancers and the immense detail of the production. However I always knew which person was Madonna on stage. There is only one her.

Once the concert began it was mostly non stop performance and spectacle from the beginning. Madonna simply gives 100% at any of her concerts. She performed nine songs from her album MDNA. I have to be honest and admit that her new songs have not been among my favourites from her but when you hear and see their presentation during the MDNA concert every one makes sense. Each performance of each song is like seeing a new Madonna video for the very first time. I adored the opening song Girl Gone Wild and Gang Bang was like seeing a brilliantly warped seedy play directed by Tarantino. Madonna always makes full use of traditional stage design and high tech multimedia imagery. Each song was a set piece within itself. It was obvious from the beginning  with the cathedral doors on the multimedia screen that religion was going to be  a major theme throughout the play but it was not just Christianity but also various images of Judaism, Hinduism, Buddhism and I'm sure kabbalah. It was no surprise that all of these themed song productions led up to a glorious anthem version of Like a Prayer.

During the concert Madonna acknowledged the fact of her 30 years in music and that is the point to remember. She is now at a point in her career where she can be completely selective about which songs she will perform in concert. Since her Virgin Tour in 1985 she has had several major tours. Each of them has contained a new approach to her songs. Each  of her concert tours have had an album or a period in her music or film career to promote. I think that some fans may have expected this tour to be a greatest hits tour but Madonna is always going forward. That is why she sang songs like Revolver which was her collaboration with David Guetta and ended the show with Celebration. They are not the distant past but are newer songs that now have been performed on major tour. It was interesting that she sang no songs from her Madonna debut album but she had a cross section of songs from various albums including True Blue, Like a Prayer, Erotica, Hard Candy and MDNA. In that way she will always give the true fans the performances and reinventions of songs they know and love.
I loved her cheerleader Express Yourself but for me other highlights were Masterpiece which really is such a beautiful ballad, the entire presentation of I'm a Sinner and also her new approach to Open your Heart, Like a Prayer and Vogue which also paid homage to the original songs and their video images. Her solo version of Like A Virgin received the most mixed reaction from the crowd but the point here is that she is still reinventing that song. She brought an intimate Berlin cabaret club performance to a football stadium. She had several costume changes which I felt paid homage to previous images of her own iconography.

I don't think any dancers work harder than those at a Madonna concert. They were amazing like little toys that you wind up and they just go like crazy.

There were several people in the audience dressed up, many older than me! I saw one girl who was in her 20s and she was exactly the Like A Virgin album period look complete with the essential beauty spot. There were so many people with t shirts with different images of her from various periods of her career and that is one image that stayed with me afterwards. Madonna will always move forward in her own vision of creativity but she will also always also be the individual images that we most loved about her.

It was obvious that there were many people there who were moving around and going to the bar that they didn't know the songs from her MDNA album but the true fans did. The only review I've read of a concert date was David McDonagh's review of her concert in Manchester which is here.

I have just looked at a video that a fan recorded on a phone near the front of the stage and the rain was really falling heavy throughout the concert. Madonna just sang on and danced and gave the show her all. Amazing and wonderful and will always be the best.