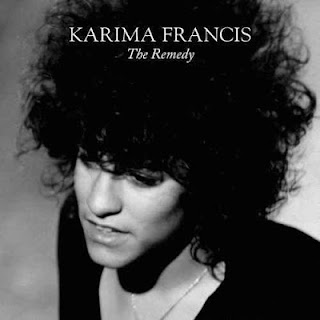 Karima Francis released her second studio album The Remedy in August of this year. She is currently touring with Newton Faulkner. Full details of those upcoming concerts on her website here.

Here are three songs from The Remedy. The first is Glory Days which is my favourite song by her.

The second song is Wherever I Go.