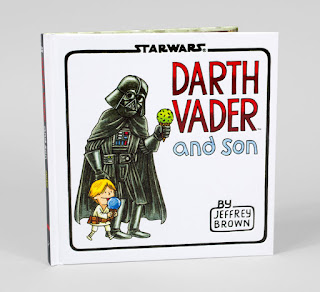 Star Wars has become a generational thing in my family I loved the first three films from 1977 onwards and then when my brother Mike saw them on VHS in the 1980s he loved them too. Now my nephew Ben also likes them. Over the years Mike has made me several Star Wars related cards and birthday and Christmas presents. I have every card he has made me and presents from a C-3PO ceramic plate to my AT-AT bookcase.

This year I got two Star Wars presents from Mike. The one he made me is completely original and very fantastic and is on the wall here beside me as I type at the desk in my spare room in my house. The other present is a hardback book called Darth Vader and Son and is a collection of drawings by Jeffrey Brown of Darth Vader and his son Luke.

The intro to the book says:

Episode three and a half:

Darth Vader, Dark Lord of
the Sith, leads the Galactic
Empire against the heroic Rebel
Allicance. Before he can take
care of the rebels, Lord Vader
must first take care of his son-
four-year-old Luke Skywalker

Here are some of the drawings from the book. I love that the other characters from the film are also the right age that they should be when Luke was a child especially Lando and Greedo. And also that Leia dresses her toys in girls clothes which is a great reference to the fact that bar her Aunt  (who she didn't even know!) in the first film she was the only woman in Space.

If you love Star Wars as much as I do the link where to buy the book is here. it is also published by Chronicle books who have a special website just for the book here. 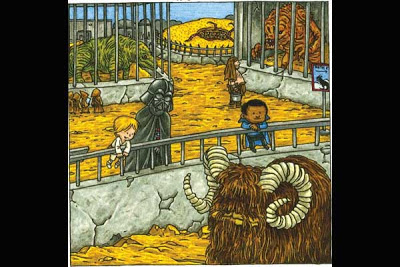 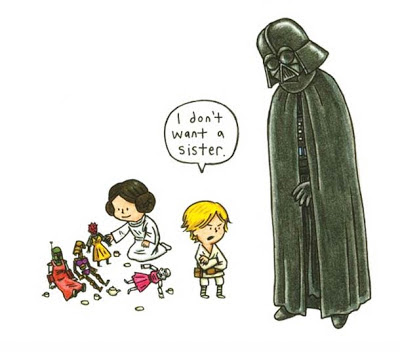 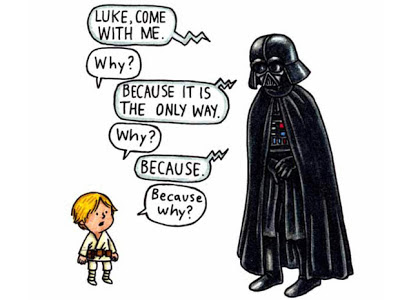 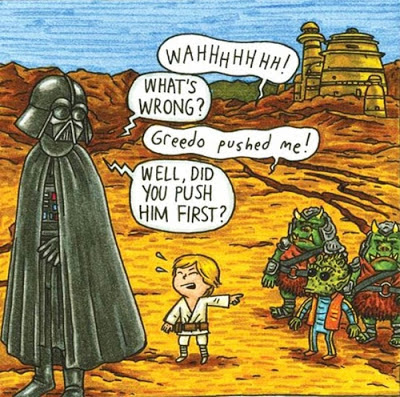 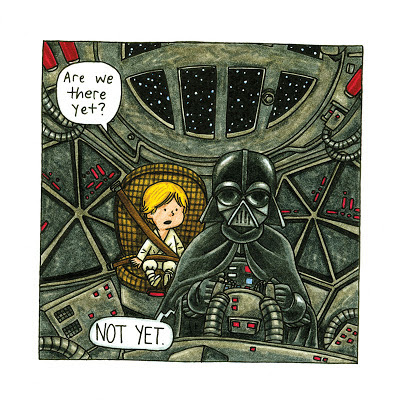 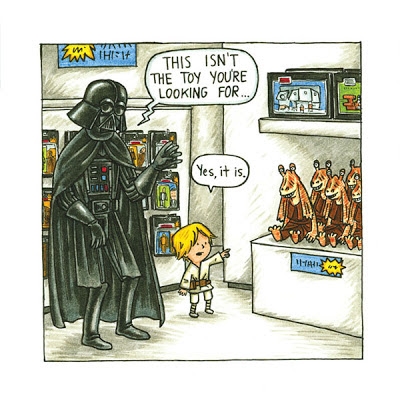 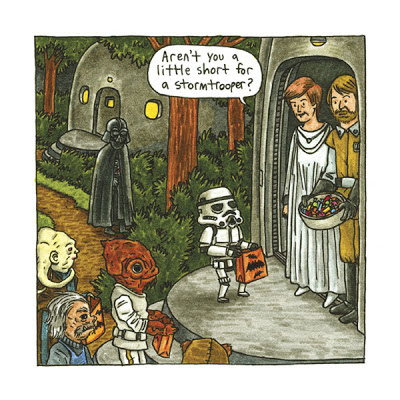