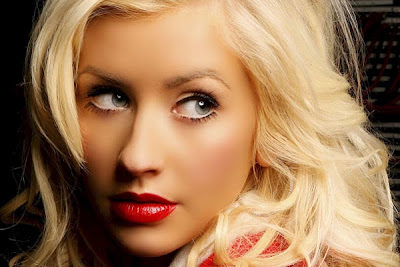 Christina Aguilera's new single Your Body charted at number 34 on the Billboard Hot 100 this week. The video has just been released and is directed by Melina Matsoukas who has previously  directed music videos for Kylie Minogue (Wow, In My Arms), Beyonce (Green Light, Diva), Lady Gaga (Just Dance) and Rihanna (We Found Love, S&M, You Da One).


The video imagery in Your Body plays on various B-movies iconography as well as Christina's own various  trashy looks of the past. Every week of that period of her career she was criticised for that look which is now completely mainstream with Lady Gaga, Ke$ha and Rihanna making a career from an image that Christina started years ago. The song is a definite pop hit and with Pink enjoying huge worldwide success with her single Blow Me (One Last Kiss) it's a general return to that genre of female vocalist hit singles that dominated the end of the 1990's and the following decade. In short Christina and Pink are reclaiming their own pop status.


The pink explosion in the Your Body video is a great visual image but if you replaced the glitter and the coloured paint in the rest of the video as she meets the other male characters with what is really is; blood - then how do we view it? The whole video has to be seen as completely tongue in cheek but what if the protagonist in the video was male meeting women he picked up. I think the idea of the video is to turn this type of imagery on it's head. We watch and accept male protagonist violence far beyond the cinema screen nowadays as TV shows and film trailers on TV have a higher level of violence. The current TV advertisement for the new Brad Pitt film Killing Me Softly being a case in point. It will be interesting to see if there is a reaction to the Your Body music video in the same way that implied violence by men in popular culture is now often largely ignored.