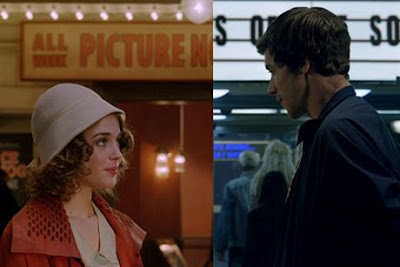 Paloma Faith's single Picking Up The Pieces reached number 7 in the UK charts earlier this year.  It got to number 13 here in Ireland as well. Her follow up single 30 Minute Love Affair should also have been a top ten hit but to date has only reached number 50 in the UK singles charts. Her newest single is a cover of the great INXS song Never Tear Us Apart. It has charted in the top 20 in the UK's midweek chart and by the weekend's official chart update it should see the song reach the top ten. Paloma's version features in the new John Lewis television advertisement. This success is similar to Ellie Goulding's career boost when her version of Your Song was a Christmas hit in 2010 because of a John Lewis television advertisement.
It is interesting that it is a cover version used as part of a television advertisement that has put Paloma back in the singles charts. I would imagine that most people who liked 30 Minute Love Affair bought the album instead but I think that every music artist still has to have their own record of hit singles to stay successful long term. The UK and Irish singles charts  throughout 1980s and into the 1990s were full of cover versions. Never Tear Us Apart is old enough now for many younger music fans to be unfamiliar with it. If Paloma's cover makes people re-discover or discover INXS that is only a good thing.

Here's the full audio version of her cover version.

and here is INXS and the great original version of Never Tear Us Apart from their 1987 album Kick. It got to number 7 on the Billboard Hot 100 singles charts and got to number 24 in the UK so   Paloma's version will surpass that chart position.