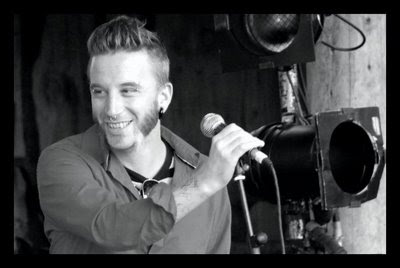 Just a few more songs left on my 100 Cover Versions list. It has been great to do and the part I enjoyed the most is discovering new voices in music that a few months ago I haven't been aware of at all. One of those singers is Jaime Nanci. I have previously featured his covers of Babooshka and Am I Blue.

Here is one more song sung by Jaime. It is his version of Love is a Battlefield by Pat Benatar. I  have loved the original version since I first heard it first in the mid 1980s and still do today. Love is a Battlefield was released in 1983 in the U.S. and got to number 5 on the Billboard Hot 100 but wasn't a hit until 1985 in the UK.
There is many blues or soul versions of pop classics but no one I know reinterprets them or is as respectful to the original as Jaime.

Jaime's version of Love is a Battlefield was recorded in Ballinacurra house in Kinsale here in ireland. It was produced, mixed and mastered by Pawel Grudzien who also plays piano on the recording. Bass is by Dave Redmond and drums by Abel Benito.

I look forward to featuring other songs by Jaime and his band from now on on this blog too.

I have loved the original version since I first heard it first in the mid 1980s and still do today.Agreed!