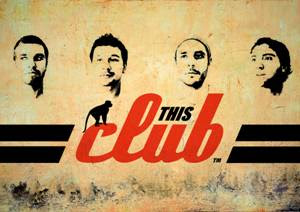 In 1992 En Vogue released their album Funky Divas which featured the great hit singles Free Your Mind, Giving Him Something He Can Feel and My Lovin' (You're Never Gonna Get It). That year those songs really represented the sound of MTV too. Earlier on this list of cover versions i featured En Vogue's cover version of Yesterday which was also taken from Funky Divas.


Here is a cover of My Lovin' (You're Never Gonna Get It) by the four piece irish pop band This Club. It's a really fun version and I know that Irish pop music needs more music artists like This Club.

Here also is their very poppy single  I Won't Worry.