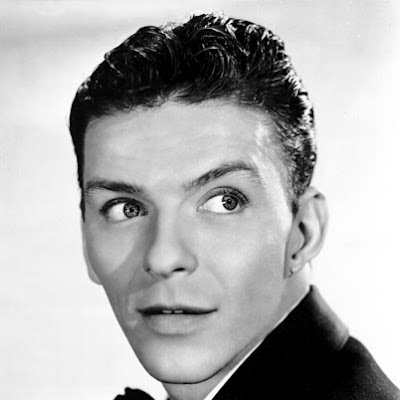 The other day I watched an hour long television show that featured songs performed by Frank Sinatra over his career. They were from very early in his career up to the 1960s. Some seemed to be from films or recorded on film sound stages but most seemed to be from television shows. It was an amazing collection of performances that summed him his star quality, talent and his voice and proved to me that he really was one of the greatest stars of all time.


One song that I thought was especially gorgeous was his version of I See Your Face Before Me which he sang on Once In a Lifetime which was a Judy Garland television special that she did with Dean Martin and Frank as the special guests. It was recorded in February 1962 -- fifty years ago. I See Your Face Before Me was written by Howard Dietz and Arthur Schwartz in and it originally featured in the 1937 Broadway musical Between the Devil.  It was first performed by Natalie Rives.

In the show there is a little bit of fictional banter about a woman that both Frank and Dean are interested in and Frank says that he will 'woo her with  a song' and that performance is featured below.