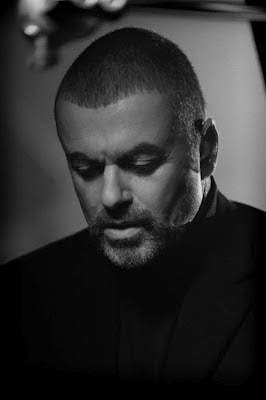 George Michael has released the new music video for his single White Light which is released on August 10th here in Ireland and on the 12th in the UK. It is one of his most stylish videos to date. It's very cinematic and is full of various imagery depicting life hanging in the balance as George draws on his own life experience with his health scare from last year. Kate Moss of course is a major focus in the video but she doesn't dominate it. While George uses some vocoder in his vocals  at the beginning of the song there is less use of it as the song progresses.

George will resume his Symphonica tour again later this year which he had to cancel last year. 2012 is the 30th anniversary of the beginning of his music career with Andrew in Wham! and it is  so wonderful to hear new music from him.