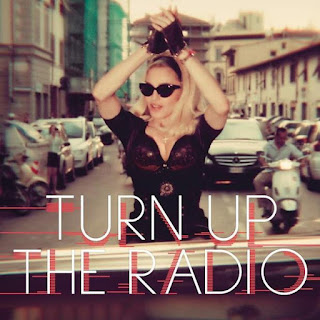 The new video for Turn Up the Radio, the third single from Madonna's MDNA album was released today. It was directed by Tom Munro and was filmed in Florence, Italy in mid June. She's not giving up those fingerless leather gloves any time soon! For some reason the video is marked as explicit on Vevo even though it is surely one of the mildest pop music videos of her career.

It is released on August 3rd here in Ireland and August 5th in the UK. She plays Dublin's Aviva stadium on the 24th July and in Hyde Park tomorrow July 17th.  It seems a bit mad to be releasing the single after both those concerts but there you go!