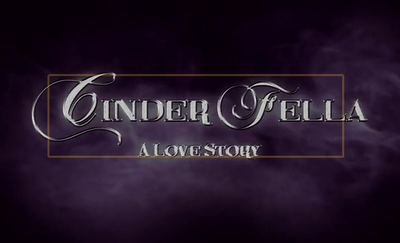 Todrick Hall had a huge internet hit with Beauty and the Beat earlier this year which brought Beauty and the Beast's Belle through a wonderful musical journey through the Los Angeles suburbs. His newest project is Cinder Fella where he casts himself as the protagonist in his reinvention of Cinderella. Janice Dickinson is the Evil Stepmother, Prince Charming is a familiar face too and there are several other cameos of both stars and Disney characters at the ball.

The title Cinder Fella was also the name of a Jerry Lewis movie from 1960 but it's very much different and political this time around!

The music is a mash up of well known Top 40 pop hits so like all of these viral videos it's best to watch it from the beginning and watch it!