Out of The Game - Rufus Wainwright 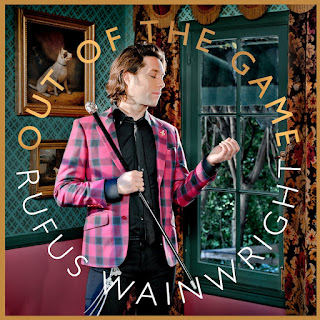 Out of The Game was the first single release from Rufus Wainwright's seventh studio album of the same name. It has a country vibe that works so well with his voice. The lyrics of Out of the Game are wonderfully wry too with Rufus writing and singing about the younger generation. The lyrics could apply to anyone who is older and been there, done that but I think they really strike a note with gay men on the scene and how the social history of gay culture just repeats itself decade after decade.

The video is very interesting. Rufus plays three different characters in it but it's impossible for the focus not to be on Helena Bonham Carter who is super in it.