Little Talks - Of Monsters and Men 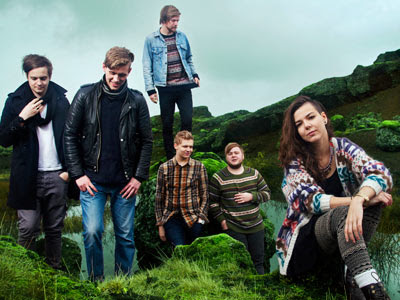 Little Talks by the Icelandic group Of Monsters and Men has been on release since last August and this week reached it's highest position to date on the Billboard Hot 100 singles chart where it is currently number 66 after spending 14 weeks on the chart.
Little Talks has already been a top ten hit in Austria, Germany, the Flanders chart in Belgium and was also a number one single on the American Alternative singles chart. I think if you like Arcade Fire you will love this song.

Never heard of these before. Really like them! Thanks for the heads up D :)