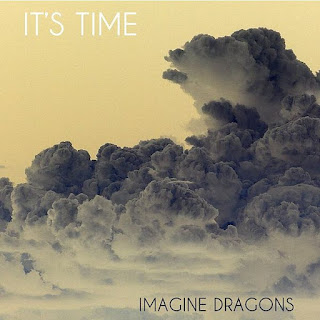 Here's a song that I really like on the Billboard Hot 100 singles chart at the moment. It's by Imagine Dragons and the song is It's Time. They have released four EPs since 2009 and It's Time featured on their third EP. It's Time has been in the American singles charts for 5 weeks now and it is currently at number 91 after reaching a peak of 89.
They performed It's Time on The Jay Leno show this week and it also features in the trailer for the forthcoming film adaptation of the book The Perks of Being a Wallflower so I'm sure it will climb higher on the charts. So many songs in the American singles charts are slow burners nowadays so like Ellie Goulding's Lights if a good song takes months to make the top ten then so be it!

Here's the video for It's Time.

and the Jailbirds Remix.