If I Can't Have You (Disco Boys Remix) - Bee Gees 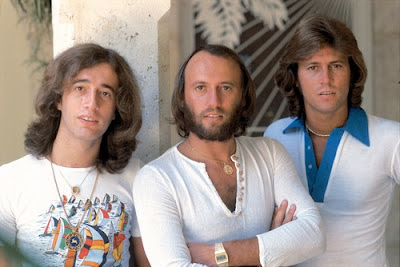 If I Can't Have You is today one of the most well known songs from the soundtrack to Saturday Night Fever when it was sung by Yvonne Elliman. It is without doubt one of the most classic songs of the disco era. It was originally released as the b-side to Stayin' Alive by the Bee Gees. I love so many of the songs from the charts of this decade but the fact that a song like If I Can't Have You  was first released as a b-side really says so much!

The many songs are the Bee Gees were perfect pop songs, disco songs and love songs. The extended remixes of their songs really did just that, they extended songs that were already perfect. I remember hearing the original extended remix of Stayin' Alive for the first time a few years ago and just being amazed at how wonderfully new and exciting it sounded all these years later.

A remix of a Bee Gees song by another remixer or producer has to extremely faithful to the original and one remix that does that is the Disco Boys remix of If I Can't Have You by the Bee Gees themselves. The chorus; "If I can't have you, I don't want nobody baby" is so simple but so direct.  Ever since I was a child I always thought that line stood out; there is that chill there in the lyrics that some disco songs did so well. The Disco Boys remix simply builds on that element, that edge.

Here is the Disco Boys remix of If I Can't Have You.