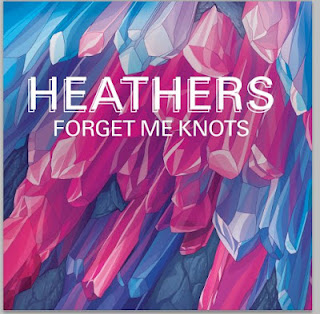 Heathers are twin sisters Ellie and Louise McNamara who are from Dublin. They came to national attention here in Ireland when their song Remember When was featured in an Failte Ireland tourism television advertisement. It was also shown a lot in advertisements in Irish cinemas, it was the kind of song you actually liked hearing before a movie started in your local multiplex. Remember Me featured on their debut album Here Not There which was released in 2010.

Their new album Kingdom is released in September and the first single from it is Forget Me Knots.