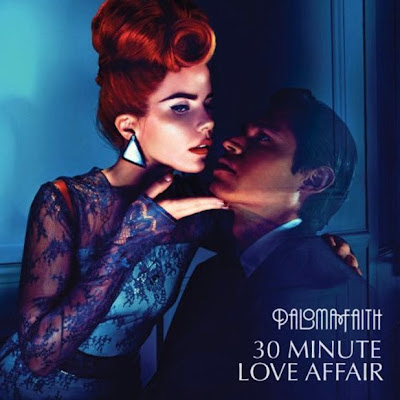 30 Minute Love Affair is the second single released by Paloma Faith from her hugely successful album Fall to Grace. It was co-written by her with Chris Braide who recently worked with Lana Del Ray on Born to Die. It is also produced by Nellee Hooper so it is no wonder the album is pure class. 30 Minute Love Affair is released on download on August 10th here in Ireland and on the 12th in the UK. Paloma is appearing at music festivals in the UK this summer and starts her own solo UK and Ireland tour in Dublin's Vicar Street venue on the 21st January 2013.