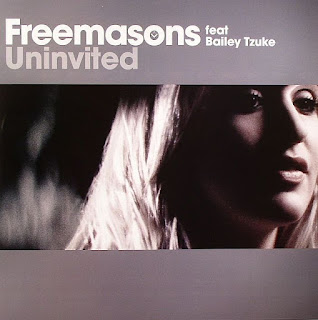 In 1998 Uninvited by Alanis Morissette was one of the songs featured on the soundtrack to the film City Of Angels. The other famous song from that soundtrack was Iris by The Goo Goo Dolls. It is still one of her most powerful sings.

Bailey is the daughter of Judie Tzuke who is the singer of many great and beautiful songs including one of my all time favourite songs Stay With Me till Dawn.

Here are two versions of Uninvited by Freemasons and Bailey Tzuke. The first is the video for the single edit.

and the second is an equally gorgeous acoustic version.