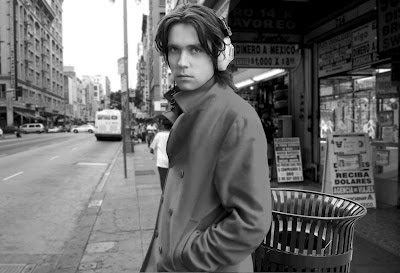 Last night I went to see Rufus Wainwright in concert at the Iveagh Gardens here in Dublin's city centre. It was the third time that I saw him in concert; the other times were both in Vicar Street also here in Dublin. He played a mix of songs from his various albums including some from one of his most loved albums Poses and his new album Out of The Game. The first song he sang was Candles which was wonderful especially for the reason that for the first few months he sung it completely A Cappella. Rufus is a complete showman both in dress and banter, each song had a little introduction. He paid tribute to his mother the late Kate McGarrigle. I'm sure many people at the concert and on other dates on that tour remembered the unforgettable concert tour a few years ago that Kate, her sister Anna and her children Rufus and Martha all played together.

There were several memorable moments during last night's concert. Such as when he asked the audience to buy his album as he said no one was buying records anymore and if they don't then he can't afford to go on tour. So much so that he was going to call the next album Adele. He also told a funny story about Liza Minnelli and followed that story up with a cover of her mother's song The Man I Love.

Another cover that he performed was One Man Guy which was first recorded by his father Loudon Wainwright III which featured on his album I'm Alright in 1985. On that album Loudon worked with Richard Thompson and Richard's son Teddy Thompson has also played on Rufus's current tour but wasn't at the Dublin date. Last night Rufus sang One Man Guy with his band members  guitarist Sharief Hobley and backing singer Sherese Blackman centre stage. It was really superb. I wasn't familiar with the song before so that is now a song that is by Rufus, Sharief and Sherese now in my mind.

Here is Rufus with Teddy Thompson on guitar and Sherese performing One Man Guy at a concert at Rabozaal, Melkweg in Amsterdam from April of this year.