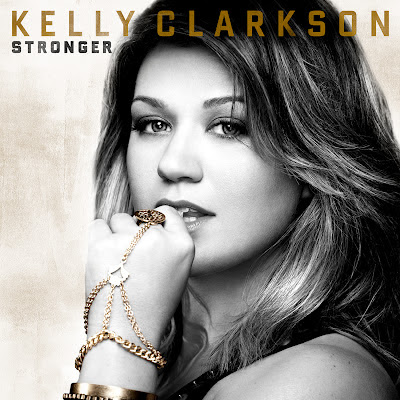 Of all of the popstars in today's charts Kelly Clarkson is by far the one that seems the most real, a huge star who really appreciates her success and has one of the best voices in music today.

On her current Stronger world tour there is a part where a fan at the concert can request her to sing a cover of a song. There has been several songs posted on social media sites of some of those choices. They are all mainly pop or rock songs. Here is one that I really liked. It's her cover of Hit Me With Your Best Shot which was a hit in 1980 by Pat Benatar. It is also covered in a very over the top and intentionally silly way by Catherine Zeta Jones in Rock of Ages at the moment but Kelly's version is far rockier and truer to the original.

What I also love about the video clip below is that it was filmed very close to the stage so it looks like Kelly was appearing as a stand up comedy artist at some small club. The venue is actually in Clearwater, Florida and was filmed in February of this year according to it's post on Youtube. Kelly chats away at top speed to the audience mentioning Florence Welch sounding like Annie Lennox and Stronger being covered on Glee. She's a chatter! She reminds you both of someone who you would have loved to have been your best friend at secondary or high school and also someone you may have to re-think a very long car journey with. She's just fab.

The audio isn't that great on the clip as I'm sure it was recorded on a phone but once Kelly starts singing she's just, well...awesome! As ever thank you to the person who posted this clip on line.