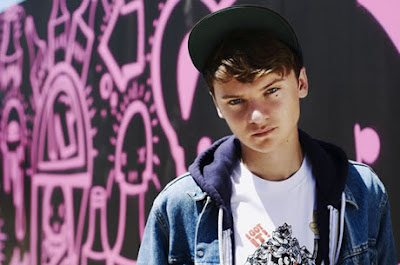 Conor Maynard releases his new single Vegas Girl on July 22nd. His debut single Can't Say No was one of the poppiest songs of 2012. It got to number 13 here in Ireland and to number 2 in the UK charts earlier this year. On the Sunday when Can't Say No was released there was a great push on Twitter to get the song up the charts which was a real sign of a new music artist cleverly using social media to its full commercial advantage.
Vegas Girl is very catchy indeed and doesn't sound extremely different to Can't Say No which is exactly how second singles should sound if they want to chart well. The name checking of pop star names Keri, Rihanna and Alicia in Vegas Girl is a great hook too.  His debut album Contrast will be released on July 30th.

As is the law of video releases nowadays there has been a lyric video for Vegas Girl released and here it is.