The Tony Wonder Born & Bread in the USA Playset 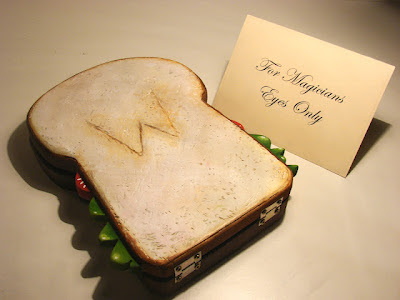 For the past few months my brother Mike has been working on some of his most inventive and creative work for a series of exhibitions for Gallery 1988 Melrose in Los Angeles. In each of the exhibitions a group of artists and designers were given a specific theme relating to popular culture and the artworks are the results of their different creative ideas.
The theme of the first exhibition earlier this year was on internet memes and for that show Mike made two pieces. One was a Nyan Cat spaceship which you can see and read about on his website here. 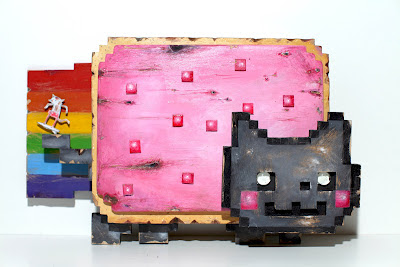 Mike's second piece for the Internet Meme's show was on the Old Spice commercial which featured Isaiah Mustafa which you can read about here. 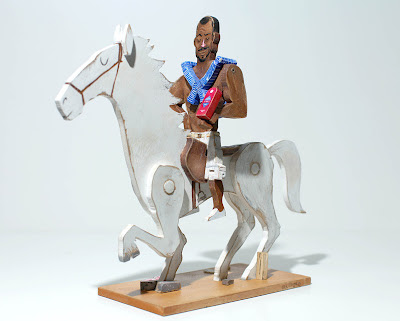 A tribute show to the comic, writer and acting legend that is Steve Martin was the next themed show and for that show Mike used the Planes, Trains and Automobiles film as his inspiration. It also paid tribute to the late John Candy which was one aspect that I also loved. All the details of that piece are here. 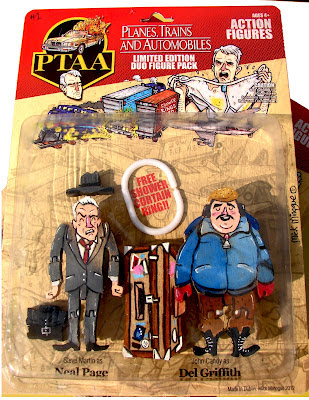 It is such a buzz for me to see what Mike does next. Ever since he was a child he has had a wonderful imagination. Mike draws on the past of his own memories of childhood, all of the movies and TV shows that he grew up with and also his own birthday toys and Christmas presents and he makes those images new. My only advice to him on anything he does is to put his heart into what he does and I always see it when the end result is made. A friend of mine recently said that Mike has found his niche recently and I think that's definitely true as he has recently been working more with wood in his work and he has his own recognisable sense of colour. But I know that the art that he will be working on even in a few weeks time will be different again and that's what always makes his work so great. These days we live in a world of the single image, the first impression and that's what my brother celebrates.

The theme of the latest group exhibition in Gallery 1988 Melrose is the TV show Arrested Development. I adored that show and what is fabulous about it is that because of the diverse characters and story lines there is an entire world of ideas that could be used in an art show like Gallery 1988.
The other day Mike tweeted a picture of part of what he had created for his contribution to the new Gallery 1988 show. That photo is above and the piece is called The Tony Wonder Born & Bread in the USA Playset. 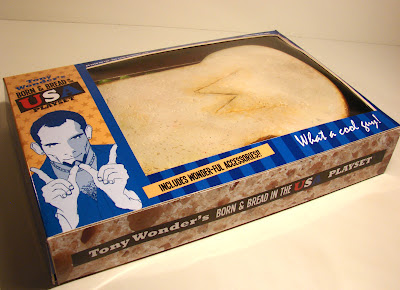 I was going to post images of the rest of the piece but what works best is to click on this link and it will bring you onto's Mike's website where he writes about the inspiration for the piece and then shows the completed piece itself. What I love about when he posts is that you read his words first and then follow the sequence of images done along one by one and it all becomes part of how his imagination works. 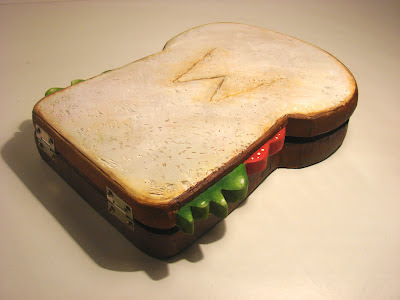 On the Old Spice Guy piece, the Steve Martin and the Arrested Development pieces Mike has also collaborated with his friend Paddy Dunne whose imagination is as brilliant as Mike's and they are a great team. Paddy helped design the boxes and packaging on all three of those pieces and for the newest piece has made and designed other key pieces of the work as well. Mike has often worked with other artists here in Dublin and beyond and continues to do so. 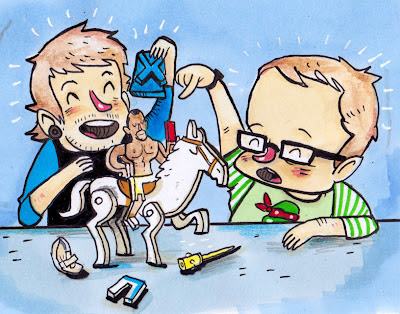 The There's Always Money in the Banana Stand: A Tribute to Arrested Development exhibition opens on June 29th in Gallery 1988 Melrose, 7020 Melrose Avenue in Los Angeles and runs until July 21st. Their website is here.