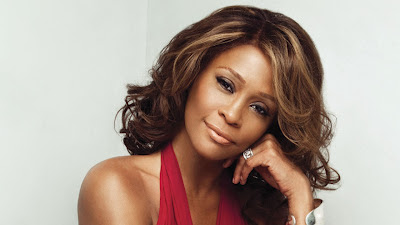 In the 1980s Clarence Clemons was most famous for being the saxophonist in Bruce Springsteen's E Street band. In 1985 he has a Billboard Hot 100 Hit with the song You're a Friend of Mine; his collaboration with Jackson Browne. The backing vocals were by Daryl Hannah who Jackson's girlfriend at the time when she was one of America's most well known movie stars.

In the 1970s and 1980s Dionne Warwick  appeared on various American music television shows as a host or guest performer. Here is one of the best duets from one of those TV shows. It's Dionne with her cousin Whitney Houston singing their version of You're a Friend of Mine.