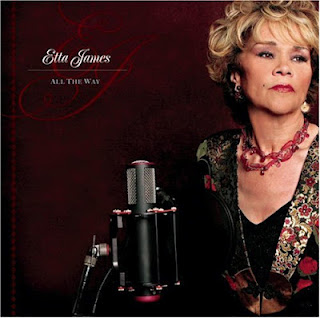 In 2006 Etta James released her album All The Way. It featured cover versions of songs made famous by other music artists. The songs she sang on that album included her versions of Imagine by John Lennon, I Believe I Can Fly by R Kelly, What's Going On by Marvin Gaye and Holding Back The Years by Simply Red. One song that I was intrigued to hear was her version of Purple Rain by Prince & The Revolution. It is a song that has been almost a standard on TV talent shows but is always something to hear it sung by the most famous singers in music. Her version is a real blues version. Etta James was 66 when she recorded her version of Purple Rain in 2005 and her last studio album was The Dreamer in November 2011.