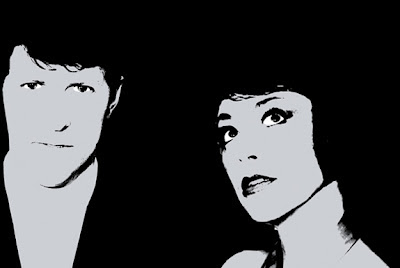 The Bird and The Bee are Inara George and Greg Kurstin. I think it was through Yuri writing about them on his music blog Olga Loves Yuri that I first heard about them when he loved their album Interpreting the Masters Vol 1: A Tribute to Daryl Hall & John Oates. That album was released in 2010 and it featured their versions of 8 songs made famous by Hall & Oates and also one of their own original songs.

Hall & Oates were one of those pop acts that made me wish I was a teenager living and growing up in America in the 1980s. This week I started listening to The Bird and The Bee's Hall & Oates covers again including Private Eyes and One on One and Kiss On My List is the song that I seem to like the most at the moment. The wonderful line 'when they insist on knowing my bliss' has stood out in my mind since I first heard it over 30 years ago.

The Bird and The Bee have also covered other pop songs so I may post another song one by them on this list.

For now here is their cover of Kiss On My List.