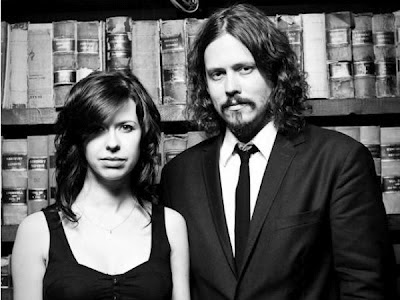 My friend Brian has introduced me to many songs that I never heard before over the past ten years or so of our friendship. It was through Brian that I first heard songs by Antony & The Johnsons, Rufus Wainwright, The Hidden Cameras, The Magnetic Fields and Scissor Sisters long before they were well known to a wider audience. This weekend we both went to dinner in our darling friend Rosie's house. It was there that we first met almost 10 years ago and it was lovely to be back in that space again. On the way home back into Dublin city  Brian had the radio on in his car and the radio presenter played the song below. I had no idea who sang it so it was completely new to me.

It was The Civil Wars cover of Billie Jean by Michael Jackson. They are of course very famous in america and beyond but I love that aspect of a song just be that, a song by a singer or a band. Whenever I hear that song again I will associate it with Brian.

The live performance below is from Jools Holland television show which continues to bring new music to audiences every year still.

Oh golly David, I feel honoured to have been part of the story on one of your cover story blog posts. Serendipity was almost definitely at play that night I met you at Rosie's house. I got it almost straight away that you were a music nut. I love your passion for pop. B