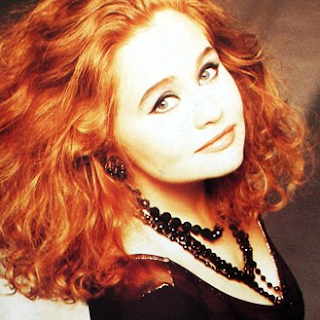 The End of the World by Skeeter Davis is 50 years old this year. There have been many cover versions of it over the years. One of the best in my opinion was by Sonia when she released it as the fifth single from her wonderful debut album Everybody Knows in 1990. Sonia's version got to number 18 in both the UK and Irish singles chart which was also the same position that the original Skeeter Davis got to when it was released in the early 1960s.
Sonia was always one of my most favourite pop artists who first began singing with Stock, Aitken & Waterman. All of her singles from Everybody Knows were classic SAW pop songs and End of the World was a great song for Sonia to cover. She is one of the music artists singing at the PWL Hit Factory Live concert in Hyde Park in London on July 11th so I will do a separate post on her many pop singles soon but first here is the ballad that really suited her voice.