100 Cover versions #18: Sybil covers 'Walk on By' by Dionne Warwick 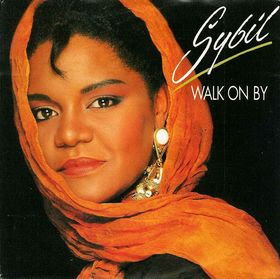 Walk On By is one of those songs which will always be timeless. I've been lucky to hear Dionne Warwick sing that song twice in concert here in Dublin over the years. There are so many cover versions of the song and thankfully there are several very good versions of it.

Here is a gorgeous cover version of Walk On By which both remained faithful to the soul of the song but was also the sound of the pop and R'n'B of the 1980s going into the 1990s. It was one of two great Burt Bacharach and Hal David songs that Sybil had hits with; the other being Don't Make Me Over.

Sybil went on to have great success with Stock, Aitken and Waterman in the early 1990s and I'm sure her versions of Walk On By and Don't Make Me Over were two reasons why they knew they wanted to work with her.

Walk On By got to number 6 in the UK singles chart in January 1990 and was also a number 3 hit in both the Billboard R'n'B and Dance charts the same year.

The video is fabulous too, I love the dance routines in it. Both the song and video is pure joy capturing the pop R'n'B sound that would dominate the charts throughout the rest of the 1990s.