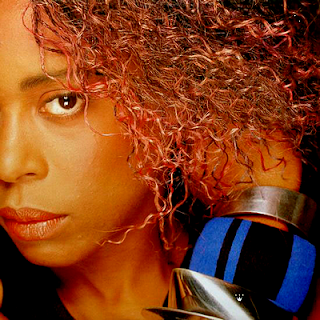 On the 11th of July this summer in London's Hyde Park Pete Waterman brings a brilliant array of music artists together for one huge event called The Hit Factory Live. The music acts include several of those that worked with both Stock, Aitken & Waterman in the 1980s and also the other popstars that became successful through PWL in the following decades. Steps are headlining but it is the mix of Stock, Aitken & Waterman music artists that first became famous in the 1980s that many people will most want to see. Growing up in the 80s I only ever saw SAW artists on Top of the Pops or on the pages of Smash Hits! magazine. I bought so many singles and 12" records all on vinyl of course during those years in the mid to late 80s.

I want to do a few posts on the music artists that I liked the most. The first is about Desiree Heslop who is known to us music fans as Princess. I have so many favourite pop songs but one of the all time best singles is Say I'm Your Number One by Princess. I think that song showed that dance pop could be so elegant and smooth. In a way that song was the beginning of the R'n'B pop song that dominated the charts in the 90s and beyond. It was a mix of the production and her  vocals. Princess had several singles and the two follow ups to Say I'm Your Number One were After The Love Has Gone and I'll Keep on Loving You. I think Princess was one of the best voices who worked with SAW.

Say I'm Your Number One got to number 7 in the UK and number 11 in Ireland. It was a worldwide hit when it got to number 2 in both Germany and New Zealand and also charted on the American dance and R'n'B charts in 1985. After The Love Has Gone and I'll Keep On Loving You were both top 30 hits in both Ireland and the UK.

There is a wonderfully  detailed account of the story of when Princess first started working with SAW and the creation of the Say I'm Your Number One song here written by Tom Parker. The link to the page also includes photos of the original hand written lyrics, set up sheets, master reels and other parts of the songs SAW history too.

Princess is back in the recording studio and tweeted some photos just last week of the recording sessions.
Check out her Facebook page at  Facebook.com/hrsprincess where you will be able to  hear her new songs and also get other information on the year ahead for her music career. You can also follow her Twitter page @HRSPrincess
There is also a link to the Hyde park concert on Twitter at @PWLHitFactory

Here are three of her songs. The first is the extended version of Say I'm Your Number One

the second is After The Love Has Gone

and the third song is I'll Keep On Loving You