Flow With The Go 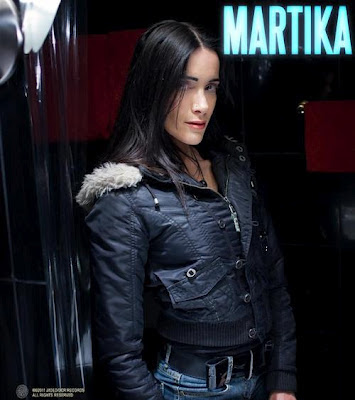 Martika's new single Flow With the Go has been featured on many pop websites over the past few days.   It is a return to her dance pop origins but is completely individual too. Listening back to her early singles today I realised how different each of her most well known songs have been. Her first hit More Than you Know is not a million miles away from the dance pop that is dominating the world pop charts again in 2012. Toy Soldiers is of course the most well known and is still iconic. I Feel The Earth Move showed how a classic song could have a perfect dance pop makeover.  Of all of those songs Love...Thy Will be Done is still my most favourite. I think it is one of those perfectly constructed pop songs from the two drum beats that it opens with to Martika's vocal throughout. When it was released in 1991 it was the perfect transition from the pop of the 1980s when the 1990s was starting to make it's own sound.

What is also a great pop fact is that all four of those aforementioned songs were top ten hits in Ireland. Make than You Know got to number #10, Toy Soldiers got to #3, I Feel The Earth Move got to #7 and Love...Thy will Be Done got to #8 in the years they were released in the Irish singles charts.

Martika has a great interview with Jared on his website Allure of Sound here Jared's website features many great music articles, news on new releases and other music star interviews. His Twitter page is @AllureOfSounds

Thanks also to Mike Waas whose Twitter page @PopTrashMike featured a link to Flow With The Go yesterday.

Flow With The Go has an extremely addictive chorus. Pop should always be pure fun and this song and the video is certainly that. Martika's website is here and her Twitter page is @MartikaTunes

and the elegant pop ballad that is  Love...Thy will Be Done.