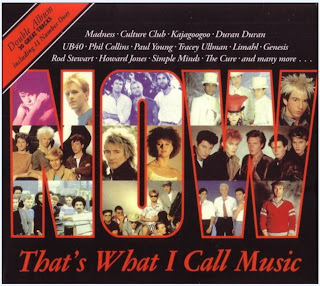 My first Twitter account was meant to be just about 1980s pop music which as anyone who knows me is my most favourite era of pop music. Then I decided to just be myself and I just post on my own name on Twitter now. Many of the lovely people who followed my tweets and ramblings on my 80s music page have followed me still so thank you if any are reading this post. One of the first people to follow me on Twitter last Autumn was Rosemarie Fullerton or @80sMusicGirl. She likes so many of the music artists that I like.   With social networking we interact with people who we have never met and may never but their personality is there and I definitely think that through blogging, Facebook and Twitter we now have another group of on-line friends. Rosemarie has many followers on Twitter and she always seems to appreciates every re-tweet or comment that people post. She has a blog called 80s Music and More and each day she posts her own online newspaper Knowledge is Power. I never do the whole favourite followers or whatever #FF stands for so instead every now and again I will do a little individual blog on people I would v happily recommend to follow on Twitter and Rosemarie is one of the first.

I know she is a big Limahl fan so here's his most famous solo single The Neverending Story.