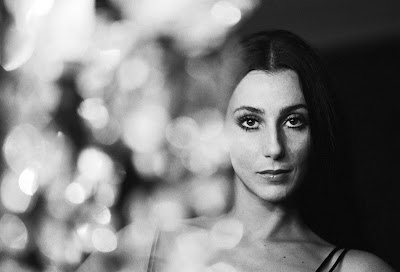 Going back 30 years now. From her 1971 album Gypsys, Tramps and Thieves here's Cher and her version of James Taylor's Fire and Rain.

Posted by Unknown at 6:53 AM No comments: Songs from film soundtracks make little impression on the charts nowadays. Take That's Love Love which featured on X Men: First Class being an example. Weezer have covered The Cars 1984 American hit You Might Think  for Cars 2 which is currently getting bad reviews in the USA. It's a pure carbon copy of the original and doesn't seem to be a single. The Cars have a new album, Move Like This, out at the moment so why not just put their original song on the soundtrack? Because the kids have never heard of The Cars of course.
Here's The Cars and their  number 8 Billboard Hot 100 hit song from 1984. It got to number 88 in the UK.
Posted by Unknown at 6:08 AM No comments:

Here's a song that's been on various charts around the world for a few months now and will chart in the UK this week. It's Foster The People and Pumped Up Kicks. At least one of the guys in the picture above is easy on the eye too!
Posted by Unknown at 5:53 AM No comments:

Britney's looking well once again in her new video for I Wanna Go the latest single from her Femme Fatale album . The swinging microphone is one of the best video images of 2011 since Kanye climbed up on that police car in his All Of The Lights video. It's a song that will sound great on her tour, mimed or not!
Posted by Unknown at 5:44 AM No comments:

New girl band Soundgirl samples Carl Simon's Why  on their second single.
The Ian Carey remix is pretty good too.
Posted by Unknown at 5:36 AM No comments: