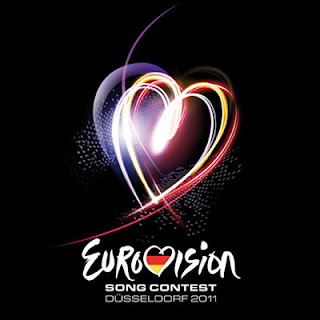 Eurovision has come and gone for another year. I thought the songs were better than usual this year. Ireland went Eurovision mad with Jedward and I have to admit that Lipstick was a catchy poppy tune and the twins gave it their all in their usual demented fashion. Blue were one of the best British boy bands back in their day but I Can was dreadful and Lee's vocals were just not good. The days of their quality pop songs like All Rise seemed a long time ago. But the joy about Eurovision is that it divides everyone's opinions and it's all about taste, good or bad, and often heralding what others dislike.
My three favourite acts this year were from  Estonia, Switzerland and Sweden.
Here they are again.
From Estonia here's Getter Jaani and Rockefeller Street which did dreadful but is a perfect little pop song. It's like Glee goes to the circus, in a good way.
Her update on Facebook after the show last Saturday simply  asked; 'What Happened?'.
Block voting, love, that's what happened!

Representing Switzerland here's Anna Rossinelli and In Love For A While. It did terrible too but Eurovision can as cruel as X Factor!

and lastly here's Popular by Eric Saade representing Sweden which did v well. Well this is a pop blog so it had to be Sweden. It's also owes a lot to Boney M's Rasputin.