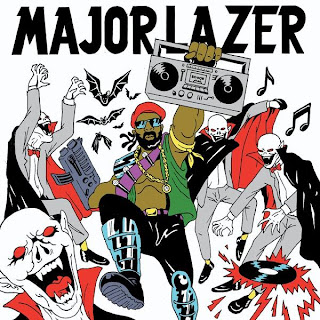 Beyonce is creating lots of debate with her new song Run The World (Girls). Everyone is a critic nowadays so it's bound to be torn apart. She could never come back with something that sounds like Lady Gaga, Rhianna or most of the female singers in the chart. She could of course be Adele but I think she's keeping that phase  for the Vegas years in twenty years time. Beyonce's music has been going in a certain direction for the past few years now so it's no big surprise she samples something like Major Lazer. I had never heard of them until this week so at least it's puts a cult music artist producer more into the mainstream. It's the kind of song I might like in a club but not stuck in a lift with. I think what fans don't like about Run The World (Girls) is that it samples so much of the original source and with a mega-star like Beyonce so much more originality  is  expected. The lyric 'Who Runs This Mother' is inspired though.
Here's Major Lazer and Pon De Floor
and here's  Mrs Z
Posted by Unknown at 4:44 AM