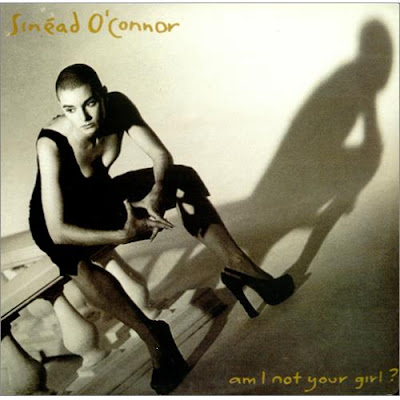 David has a great post on Sinead O'Connor here. Sinead is an Irish artist who I have always liked. Living in Dublin I have seen her a few times. Never in concert ,though I did see her at an Irish awards show two years ago. She was seated in a side front row that faced the standing audience with Westlife sitting nearby. I remember seeing Westlife with all their partners including Kevin, Mark's partner and then seeing Sinead too.

David mentions a couple of Sinead's songs that he likes and one of them is also one of my most favourites. It's Success Has Made A Failure Of Our Home which was on the soundtrack for In The Name Of The Father and was also on her third album Am I Not Your Girl?

such a fantastic song