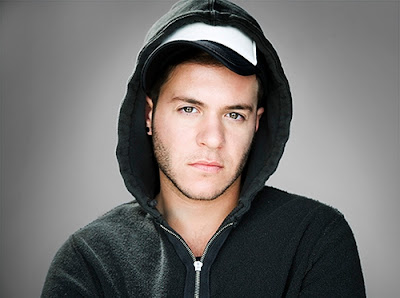 One of the best websites that features pop music these days is the American site Chartrigger.
This site is run and updated almost daily by D'luv. It has been there that I heard most of the news relating to new music releases by my favourite artists including Cyndi Lauper, Donna Summer and Madonna. Each Thursday D'Luv publishes and has a commentary on the Billboard Hot 100 top ten singles and every Sunday evening he features the top ten singles in the UK chart.
Chartrigger is also a fantastic site for brand new music. One song that has been featured on Chartrigger is "Hollywood's Not America" by 25 year old singer/songwriter Ferras. D'luv writes about Ferras here.
"Hollywood's Not America" is the first single off "Aliens & Rainbows", Ferras' debut album. There are various videos for the song but one of the best and featured below is Ferras singing live on The Today Show.
He is currently touring America supporting Ryan Cabrera.
Ferras' very stylish website can be found here.

Posted by Unknown at 3:14 AM No comments:

Please Don't Come Back From The Moon 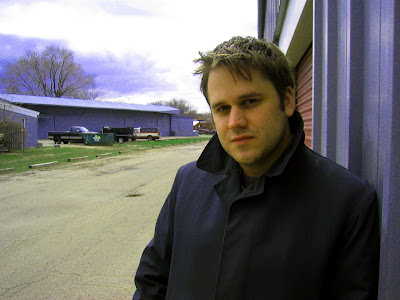 Below is another post which was originally published on my other blog All The Way To New York.
There are some books that I have read and while or after reading them, the thought; "that would make a wonderful movie", goes through my head.
That thought really applies to the book reviewed below.

In the bookshop where I work we have five bays of Staff Recommends books. These books are a mix of everything from fiction to politics to children's books.
One fiction book that I added to the wall of books was something I discovered in my wonderfully stocked local library in Cabra, here in Dublin. The book was "Please Don't Come Back From The Moon" by Dean Bakopoulos, who is pictured above. It is simply one of the best American fiction titles I read in the past number of years.
I liked the title which is used from the composition by the jazz musician Charles Mingus.
The narrator, Michael Smoliji, who is in his mid teens as the book begins, lives in Maple Rock, a small Middle American town. One day the fathers, of the mainly young men of the town, get up and leave the town and don't come back.
One by one the fathers, all with wives and children leave, leaving behind worried wives and lost, confused sons and daughters. The premise of the book is what happens when the father figure is gone or absent. Who takes his place? Do they ever come back? Where have they gone and the bigger question, why have they gone?
At a beautifully written pace, Bakopoulos, using the completely convincing voice of his lead character Michael, tells the reader that the mother becomes the breadwinner until the eldest son can do so and what happens to their lives thereafter.
The first line of the book is "When I was sixteen my father went to the moon" and as the days turn into weeks, months and eventually years, each eldest son starts to believe that the moon is where their fathers have gone to. This is the only aspect of magic realism in the novel, as what the narration centres on is the reality and sometimes blandness of daily life in an American town where jobs are scarce, factories close down and as hope of Bill Clinton making a better America results in jobs in the local Mall. The theme of hope, a Clinton keyword, runs throughout the book. It is the female characters who become more determined to go to college or study, this is a book where the female characters are well written and each have their own significance to Michael, as he grows into a man, leaving the uncertain child behind, but never completely.
His relationship with his mother and younger brother Koyla is delicate but loving, deep down. Any little thing that Michael tries to do to better his life is noted by his mother and there are some subtle moments when the reader is reminded of the hope our mothers have for us and their never-ending love for us, no matter how often we may rebel against them.
As some of the mothers eventually become involved with other male characters who become unwanted father figures the fact is that any new stranger into the once safe and familiar family home is often tumultuous. There are also tiny but powerful moments like the smell of a familiar aftershave that draws the story back to the underlying theme of loss and uncertainty. This is America more in the vein of Rick Moody's "The Ice Storm" or the film "American Beauty".
This book was for me a real example of how fiction can also be a beautiful study of masculinity. This is a book where there aren't any characters who are gay but the word "faggot" is once used as a term of abuse but the word "pussy" is used more than once and is used, by characters, more frequently as a sharper term of abuse, a more razor like attack at other characters sense of maleness. Reading the book as a gay man it was like an insight to the mindset of the straight male and the fact that everyone has issues in their life that are not easy. I think some gay writers depict their characters as if their emotional crosses are the toughest to bear but a writer like Bakopoulos balances the scale on that theme.
At a later stage of the book Michael goes to work in a bookshop in a mall, something the author had done himself, and it's depiction was so accurate. It shows how, without wanting to or not having the skills to do other careers, we end up in jobs and we somehow end up staying in them for years and the time slips by. Retail and mall and shopping centre jobs become part of worldwide globalisation. The novel is much more observational than preachy, there are no lectures on these pages.
Throughout Michael's journey in "Please Don't Come Back from The Moon" there is not a page where we don't think of the whereabouts of the fathers and as this becomes a sub plot to Michael's own story, the hook has a curious aspect of keeping the reader engrossed.
Dean Bakopoulos's website is here and features more on the story of the book and his own background.
Posted by Unknown at 2:25 AM No comments: