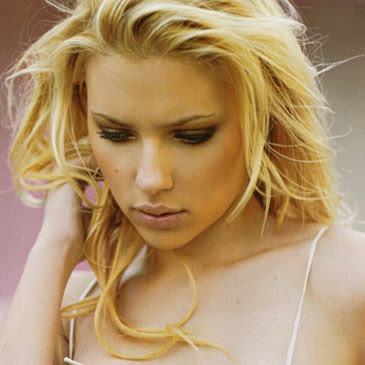 Scarlett Johannsson has recieved a mixture of good and average reviews for her debut album, "Anywhere I lay my Head" which is a collection of songs originally performed by Tom Waits. As Tom Waits is the High King of the type of music that he does it was never going to be completely easy for Scarlett to have her album judged in a neutral, positive light. I have never been a fan of Tom Waits so I did not know what "Falling Down", the first song released from the album, sounded like so I very much liked Scarlett's version of the song when I heard it. I know several people who like Kylie, Madonna and Tom Waits all at the same time but I'm not one of them. One song that I have listened to a lot is another cover version that Scarlett did. Her version of "Summertime" features on a charity album called "Unexpected dreams: Songs from the Stars". It is a 14 track album released in April 2006, which contains songs by Ewan MacGregor, Lucy Lawless (television's Xena) and other actors from cinema and television. Jeremy Irons take on the Bob Dylan song "To Make You Feel My Love" is pleasant. This song was recorded by Billy Joel and I also heard the wonderful Irish singer, Mary Black, do a gorgeous version of it at her recent concert in Vicar street here in Dublin. Other songs that stand out are Jennifer Garner's "My Heart is so Full of You" and Teri Hatcher's "Goodnight". The album would make a nice gift if you are a romantic like me, it is basically a collection of lullabies, sung in the style of the 1920's. There are short music clips for all 14 songs on the album's Amazon page which is here Following on from her role in "The Other Boelyn Girl" Scarlett will feature in 3 other films this year. The first is Woody Allen's "Vicky Cristina Barcelona" which got good reviews in Cannes last month and co-stars Rebecca Hall, Javier Bardem and Penélope Cruz. "Vicky Cristina Barcelona" is awaiting a release date in Europe. The second is the film adaptation of the best selling self help book; "He's Just Not That Into You" which will do well as the book was written by the script writers of "Sex and the City" TV series and has a cast that includes Ben Affleck, Jennifer Aniston, Drew Barrymore and Jennifer Connolly. "He's Just Not That Into You" is due out in October. The third film is "The Spirit" which is directed and written by Frank Millar and is another adaptation, this time from Will Eisner's drawings. Gabriel Macht plays the lead and Samuel L. Jackson continues to star in most of the fantasy/Sci-Fi movies released in the past few years. "The Spirit" is provisionally due to be released this December.
Posted by Unknown at 6:05 AM No comments: 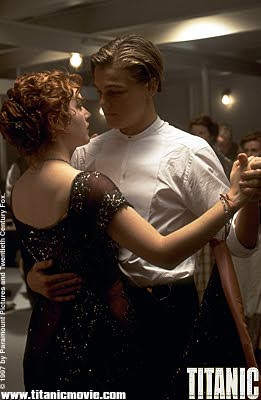 Today I found the cure for depression. Below is a video that could cheer up the saddest heart.
It's amazing when you think you know most things about popular culture and some things just pass you by. One that had done so for me was, Jerry Springer: The Opera and the song I Just Wanna Dance from it. When the musical itself opened in London's West End it was one of the most controversial shows ever. The show did make it to America but not to Broadway after failing to get the all important financial backing. Thankfully some songs live on.
While looking at the great pop music site Fizzypop I came across the song and a video featuring a montage of the best and worst moments from musicals spanning several decades of cinema. It is simply one of the funniest and fabbest things I have ever since. It is fantastically edited and the inclusion of movies like Showgirls and Connie &Carla made me laugh out loud but it's the look on Kate Winslet's face as Titanic's Rose that made me smile the most.
The song, better known by it's proper name; I Just Wanna Fuckin' dance is sung by Shawntel in the Jerry Springer: The Opera stage show. Shawntel is described on Wikipedia as "an overweight, middle aged woman who dreams of being a pole dancer". It's like a John Waters dream come true.
The vocals on the song are by Alison Jiear, who in true tragic gay dance diva style was rumoured never to have been paid for her vocals on the remix of the song used in clubs all over the world.
There are other videos versions of the song but the video below reminded me of those montages you saw on the Oscars in the 1970's or 1980's.
Posted by Unknown at 3:37 AM 2 comments: