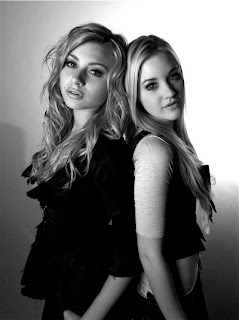 I think 2008 will be the year that I finally, and sadly, have more or less lost interest in the UK singles charts. In the 1980's most new single releases charted around the top 50 or 60 positions and slowly made their way up the charts, sometimes taking weeks to get to number one. Very few songs went straight in at number one. Those were the days that pop singles made a lot of money, songs like George Michael's "Careless Whisper" and Jennifer Rush's "The Power of Love" sold over a million copies on 7" vinyl alone. By the end of that wonderful decade the amount of new pop acts was increasing all the time, their success was due to high profile publicity from a mixture of MTV, pop magazines and shows like "Top of The Pops" and Saturday morning TV shows. For most of the 1990's and early 2000's there were several new single releases each Friday and it would not be unusual to see 5 0r 6 brand new entries in the singles charts and at least a dozen or more in the week's top 40. This trend is no longer happening. Today, in 2008, I truly believe that the download is slowly killing the actual concept of the hit song. HMV now just sells a selection of CD singles, their branch in Grafton Street, here in Dublin, has a tiny display stand with a selection of 12 songs. These are usually the edit of the single song and a 3 or 4 minute remix. These are usually priced at €2.99 or €4.99 but when the average price of a download per song is 99c it's obvious that the CD single is no longer good value. How I loved the days when you bought a new CD single and there were 3 or 4 remixes or a live track or cover version included, sometimes there were two CD singles of the same song. I have most of Madonna's CD singles and nearly all her early vinyl singles. It just isn't the same with downloads. I have all her downloads! Like, wow! Go, you! Today, Sunday 10th August, Katy Perry's "I Kissed a Girl" went from number 4 in the UK charts to number 1. No one is surprised. The song is currently 7 weeks at number one in the equally boring Billboard Hot 100 singles chart. "I Kissed a Girl" has also got to number one, to date, in Sweden, Canada and Australia. It is currently number 2 in Ireland. Guess where it will be next week! The current UK singles charts features "American Boy" by Estelle featuring Kanye West at 36, "Cry for You" by September at 35, Nickleback's "Rock Star" at number 27 and Sam Sparro's "Black & Gold" at 21. These are all good songs but they are just some of the many songs which have been in the UK charts for months. The reason for that is not because they are so brilliant that they deserve to be in the charts for ages, it's because there is very few other new singles releases which receives enough publicity and/or airplay that they chart in the top 40. If music retailers are only selling a handful of CD singles as well this also keeps certain songs in the charts for longer than they would have been before. Does anyone know when a song is officially released as a download, I don't think so. This week's UK singles chart top 10 includes Rihanna's "Disturbia" (which has been on the radio for weeks already), The Verve's "Love is Noise" and The Script's "The Man Who Can't be Moved". These songs are new now but expect to see them still in the UK charts in 2 or 3 months time. Unlike, The Saturdays, whose single "If This Is Love" goes in the wrong direction this week as it falls to number 13 after only one week in the top ten. I think there is something almost tragic in popular culture that the UK singles charts have become a lazy playground. It used to be so exciting to see which pop act did best each Sunday but the UK pop chart which was always one of the best in the world is now one of the dullest. What has also happened with the lack of TV shows promoting new pop acts, as well as established ones, as well as the loss of magazines like "Smash Hits!", is that unless a song is play-listed on Radio 1 in the UK it hasn't a hope of becoming a hit. Some songs, which deserve to be hit singles, never are released at all. If an artist has a hit single and the following single isn't a hit there then aren't any more single releases from the accompanying album. Long gone are the days when an album had 5 0r even 6 hit singles taken from it, such as albums by Michael or Janet Jackson, Madonna and Destiny's Child. One of my most favourite songs from last year, which I doubt will ever be a single, was on pop sisters Aly & AJ's "Insomniatic" album. That song was "Silence", a gorgeous little pop ballad, which, I think is an example of a song; if it had been a single release combined with having a show like "Top Of The Pops" or "CD:UK" to promote it, would easily have been a UK hit. Here it is.
Posted by Unknown at 12:17 PM

You're back! Hurrah! You disappeared and i was sad. But now you're back from outta space. Or something :P I adore Aly and AJ - you're right. Sadly this won't be a single but totally should've been. Their album could easily have yielded 5 singles and should've been huge over here. Maybe Miley will hit big with See You Again. I'm pinning all my hopes on Same Diff though. So many eggs in such a small basket tho :(

Thank you Paul for that lovely comment, I'm so glad you like that song too, I love the vocals on it.
I think the album is great too.

I could not agree with you more. The CD single used to something almost "collectible" but now it's a joke. Albums are quickly becoming that way too. Not vinyl (died long ago as "the" format), but actual CDs. We from back in the day actually still buy some CDs (me, usually imports). Singles have been the focus of late. I mean, take Jordin Sparks. "No Air" has sold 1 million copies (downloads) and yet her album has not been certified Platinum yet. I don't believe Madge's Hard Candy has made it to platinum yet either. Crazy! It's just easier to hit a button on Itunes or another webstite for instant musical gratification.