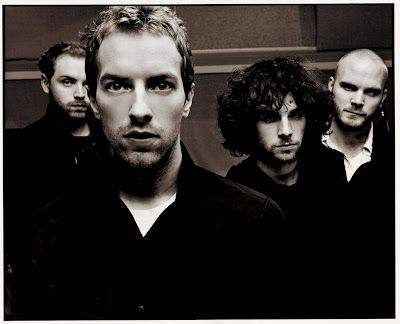 I never thought that I would feature Coldplay on this site but I really like their new American single "Viva La Vida". I don't think I will stop saying that downloads killed the charts as due to this reason the song wasn't eligible to be a single in the UK where instead, "Violet Hill" is the current UK single, reaching only number 8 in the UK charts to date.
"Viva La Vida" is currently number 2 in the US Billboard Hot 100 singles chart, the highest ever charting Coldplay song in the US.
I never really liked Coldplay, I always regarded them as a band that people who would say they listen to and ridicule someone like Celine Dion, while secretly listening to her music at home. I loved "Trouble" years ago but bar "Clocks" not really anything since then.
"Viva La Vida" is Coldplay suddenly becoming U2 in a scary, good way. The song is one that will sell out tour dates and I think it sounds almost Christmassy.
Their album"Viva la Vida or Death and All His Friends" is this week's number one album in the UK, selling 300,000 copies there to date and has recieved generally good reviews.
The official video to "Viva la Vida" is not the one below.
But it should be.